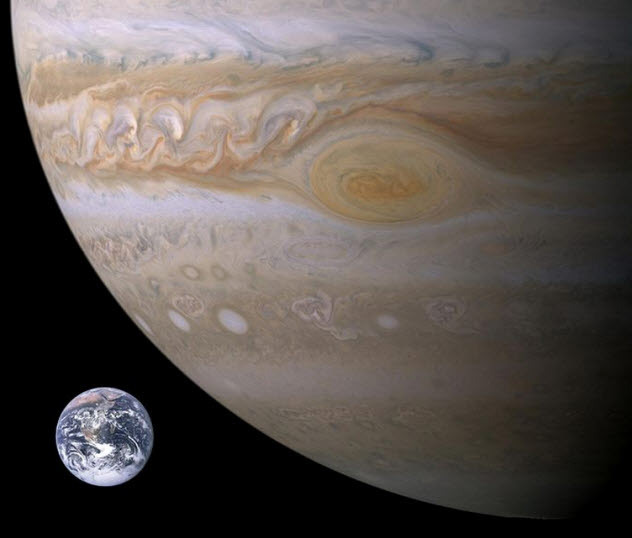 Jupiter’s Great Red Spot is pretty much the most exciting thing of the Solar system.  It lies in one of the most discussed topics of the Solar system. The Red spot region has an enormous pressure, creating an anticyclonic storm. In addition, the same storm was seen on Jupiter since 1665. It means a storm has lasted in Jupiter for 350 years. Even the scientists are confused exactly why the storm has lasted for such a long period of time. However, in recent pictures, the great red spot was observed to have shrunk. In 2014, the spot was only 16,500 km which is half of what was three centuries ago.